LIHSA is thrilled to have legendary puppeteer Brad Brewer as part of our Visiting Artist program. 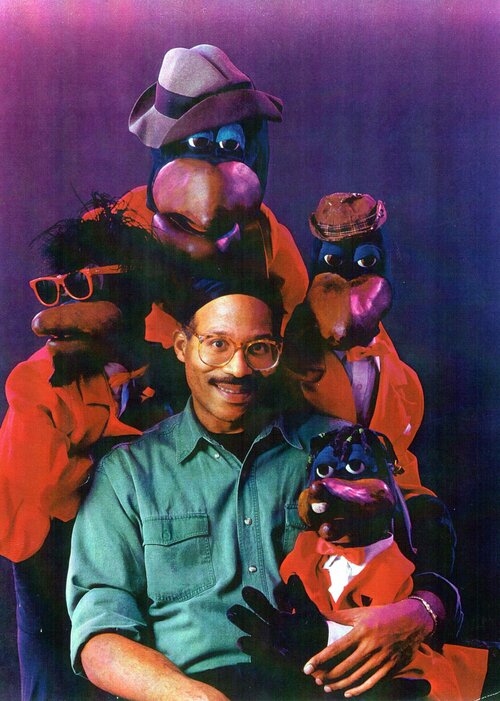 Mr. Brewer, who trained under Jim Henson, creator of “The Muppets”, has decades of experience in all aspects of puppet theater, including design, sculpture, painting and performing.  As the founder of New York City puppet troupe “The Brewery Troupe” in 1973, Brad used his skills and creativity to interpret African American literature, music, and humor through the art of puppet theater.

A collection of his puppets is housed at the Smithsonian’s National Museum of American History in Washington D.C.  Puppets from his production of “Duke’s Place” are featured through April 2022 at the Museum of the City of New York in Manhattan. 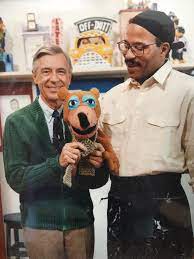 We recently had the incredible honor of speaking to him about his childhood, influences and experiences.  Below are highlights of our interview.  The entire interview will be available soon as a podcast, including how he was inspired to share his talents by Mr. Rogers.

I was born in Washington DC, grew up in the Bronx and went to college at Pratt Institute in Brooklyn.

Television was my early arts influence.

I learned of people like Sandy Becker, Chuck McCann and my hero Bil Baird, who was the premiere puppeteer in the 60s.  Those are his puppets in the movie “The Sound of Music”.  I loved the style, and he wasn’t restricted. He worked in all mediums; marionettes, hand puppets, shadow puppets, everything.  I had a chance to meet Bil at the Hudson Theater on Broadway when I was 9 years old and he put his arm around my shoulder and showed me all the backstage.  That changed my life.

Beginning of his “professional” career

I started as a ventriloquist when I was 6 years old and by the time I was 10, I had a professional dummy and I would do shows and get paid for it.

My uncle was an architectural student and he built me this huge marionette stage in my bedroom in the Bronx that had lighting and everything, and twice a month we had shows for my friends.

We were selling tickets for a quarter which was good money back then.  My sisters were at the door.  You put your money in the shoebox, and they give you a little ticket and a program we made.

We were also selling Oreos and Kool-Aid for a nickel, and we would have an intermission that would last as long as it took to sell all the Oreos.

We had a good thing going, but I was never thinking of it in terms of business.  All I was thinking was I need money to go get some materials so I can make puppets for the next show.

These shows were all take offs on different TV programs that we knew and Japanese horror movies like Rodan and Godzilla.

One of our shows was called “Little Red Riding Hood Meets Godzilla” and at the end she kills Godzilla, and all the kids were screaming, and my mom was yelling “stop all that noise up there!”.  She became part of the show.

Taking a break from puppets 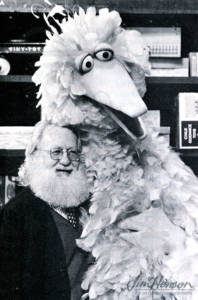 I stopped puppetry in my teens.  When I turned 14, I started playing basketball and I was into girls and puppets were cramping my style.

I didn’t get back into it until I was a student at Pratt Institute and one of my one of my teachers was Kermit Love, the guy who made Big Bird and that little bear for Snuggles, the fabric softener.

He took to me and introduced me to Muppets creator Jim Henson.

The first show we did in college was “A Night at the Apollo Theater”.

First, I did research to see who was ever at the Apollo and it was an eclectic lineup; everybody from Duke Ellington and Billie Holiday, Eddie Palmieri, and Al Green and Isaac Hayes and we used a lot of jazz in it.

Our most popular show at the time was “Jackson 5 Meets Malcolm X”.  The story was Michael wanting to leave his brothers and having a chance meeting with Malcolm X who told him that it was important that he stayed with his brothers because their image as a family was very inspirational to everybody else.

The finale of the show was the concert by the Jackson 5 at the Apollo Theater and we had lighting, so it almost looked like a concert except it was puppets. 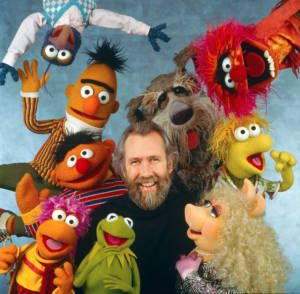 Jim invented the whole concept of puppetry on television.  Kukla, Fran and Ollie were the first puppets on television, but what he did was that he came up with the idea of using the TV screen as a stage.  He didn’t look at the puppets during the show, he watched them through the monitor.  That was revolutionary.

I auditioned for Jim Henson and I got a chance to work with him over a period of about eight years or so, mostly doing home videos and public announcements on PBS, like Kermit says “be safe in the forest” type of thing. 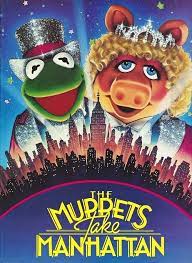 I also worked on a couple of films, including “Muppets take Manhattan” in 1984.

What I remember most is when there would be a lunch break for the cast and crew, Jim and Frank Oz, who did Miss Piggy, would be on set working through a scene and sometimes they would actually shoot the scene during the break.

I never went to lunch and would be in the corner of wherever they were working, watching and hoping they would call me over to provide like a right hand to the puppet or something.  I just wanted to get close to him and Frank.  I could eat anytime.  I didn’t want to miss any of the magic.

My favorite Muppets were the African Mask puppets that sang “Turn the World Around” with Harry Belafonte in 1977.

On founding “The Brewery Troupe” in 1973

Right now, there’s a kind of renaissance happening in black puppeteers.  My feeling is we have our own approach to puppetry.  There’s a difference in rhythm, language and motion. 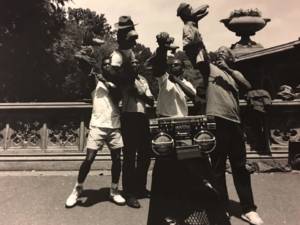 It’s kind of like what we did with music when we came up with jazz and how we took R&B and made that something else. I felt the same thing happened in puppetry.  It really was just my experiences in Brooklyn and the Bronx.  We all bring our own experiences to the art form and how we express it.

The only difference was that there weren’t a lot of African Americans doing puppetry on the level that we were doing back then.  They were home playing with it, but we were a company and at one point had 15 people as puppeteers and a 10-foot-high 25-foot-long stage that took us about four hours to set up.  We traveled all up and down the East Coast doing shows.  It was like a circus!

On Moving to Long Island

My wife is from Long Island. When we started dating and we were talking about getting married, that was a big discussion.  I like the energy of Brooklyn and there was a vibrant art community developing where I lived in Fort Greene, which was also Spike Lee’s neighborhood.

I didn’t really want to move, so we had a contest.  Whoever found the best apartment, that’s where we went.  And here I am, and I like it here now.

One thing you don’t miss about Brooklyn

Parking.  Maybe if the good Lord reached down from the sky and put his hand on my shoulders and said today you have a parking space on your block, maybe that would happen.  That’s one thing I don’t have to worry about here is a parking space.

On being recognized as an innovator

It’s surprising because we’ve always felt like we were working in a vacuum.  We were always alien to the establishment of the puppet world.  In the early 1990s Frank Oz’s father invited us to be part of the Puppeteers of America Festival and to headline that show with Frank.  That was the first time that we were recognized for our work as puppeteers and that was something new to us.

Why arts education is important?

Socially it allows them to see other aspects of life they may not have been paying attention to otherwise.  To break down their walls and their worries about being cool and just enjoy the whole experience of creating.

Students come in from different backgrounds and puppetry unites them.  They’re going to put on the show and all of them are going to have a vested interest in making sure that show goes well.

I consider myself still a student of puppetry and one thing that I like about working at the school is that every time I’m working with any audience, especially young people, I feel like I’m still learning, and I like to share the information that I have. It’s an experience that I really enjoy.