A Beginner’s Guide to Scenic Design

Scenic designers play a crucial role in both theatre and movies, allowing the director to bring his or her story to life through imagery and props. Tasks such as choosing furniture, building backdrops, and working on a collaborative team with the sound designer, lighting designer, and costume designer are just some of the duties performed by the scenic designer.

If you’re considering scenic design as a career and would like to know the ins and outs before getting your feet wet, continue reading to see if scenic design is right for you.

Understanding the Role of the Scenic Designer

As we’ve mentioned, the scenic designer plays a pivotal role in movie and theatre productions. The scenic designer’s sole purpose is to create an ambiance through physical surroundings. Not only should the furniture and props such as draperies and decor set the tone but they should provide actors with creative flexibility.

While every person working on production should be reading the script, it’s up to the scenic designer to read the script with the purpose of understanding sensory elements. Rather than focusing on the character’s motives, the scenic designer pays attention to the mood of the script while also taking notes on seasonality, era, location, and time of day.

The Scenic Designer Creates an Accurate Portrayal of the Setting & Era

One of the most essential aspects of a scenic designer is  they have the ability to convey where a scene is taking place. This can range from a specific room in a home to somewhere as broad as a region in the country.

The scenic designer is also responsible for suggesting the period of the production. Scenic designers need to follow through with tasks such as meticulously choosing certain area rugs and appliances to display a 1950’s living room or decorating a backdrop with Gothic architecture to depict the mid-12th-16th century. Many other teams rely on the scenic designer to create an accurate portrayal of the script’s setting and era.

The Scenic Designer Takes Note of the Production’s Theme

Another major impact the scenic designer has on the production is ensuring the right themes and symbols are expressed throughout each scene. Every play, musical, television show, and movie has a theme or message to convey to the audience and a scenic designer is tasked with showcasing this. The scenic designer strategically uses aesthetics and props to subtly indicate the theme. For instance, if the theme is love and romance, the design may include a pink sofa, red curtains, or soft lighting.

The Scenic Designer Actively Communicates with Other Designers 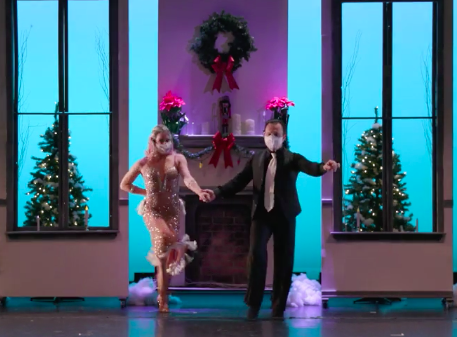 The scenic designer uses a few different tools when discussing the script with the director and other designers.

Creating visuals makes it much easier for every person in production to understand their own role moving forward.

Join Our CTE Program to Start Off Your Scenic Design Career

If your child is interested in a career in scenic design, consider applying to Long Island High School where students gain hands-on scenic design experience. Rather than spending a couple hours after school learning about scenic design, Long Island High School provides students with a program to focus on their future career. Students exercise their scenic development tools in a completely 3-D environment and learn about the core principles sharing their work with other members in a production team.